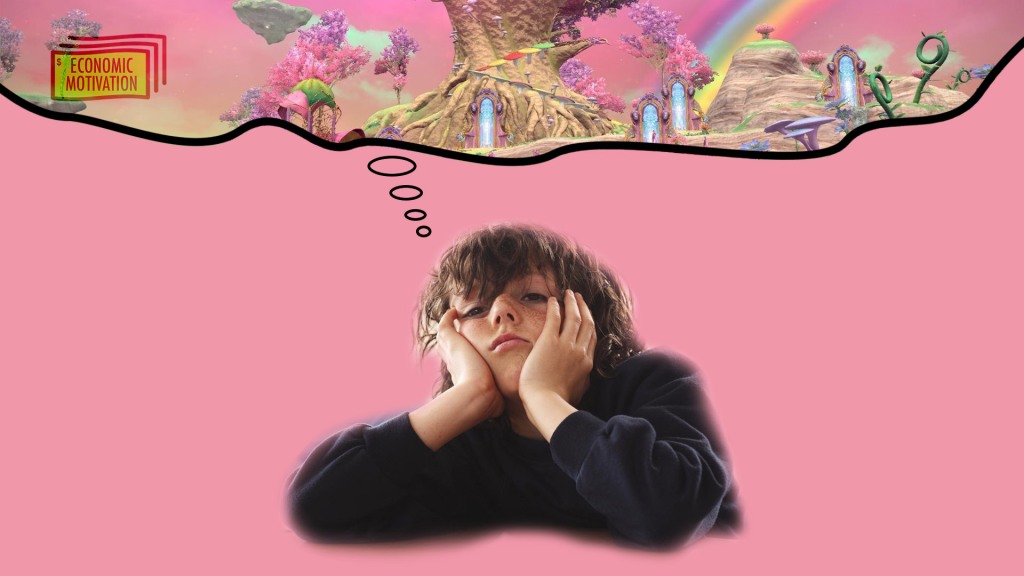 For more on this topic, check out my previous essay on learning.

I hated school. I loved going to school to play basketball and mess around with friends, but the majority of the time, I struggled to muster any interest in my classes. There were only a couple of classes I can vividly remember stimulating my curiosity.

Physics was one of the few. It fascinated me how it made sense of our world and the universe. Language literature was another one because we looked at how pictures and words are interpreted and how they can affect how we feel. I actually use a lot of what I learned in that class to this day in marketing and business. These two classes in particular were anomalies.

My single favorite lesson in school was during a world studies class when my teacher, Ms. Savoie, gave us an activity that encouraged us to think outside the box. She showed us a picture of an ordinary wallet and had us list all the pros and cons of that wallet.

Well, traditional wallets allowed us to store our paper money, credit cards, IDs, and receipts in our pockets. The not-so-great features we listed were the bulkiness, they can’t really carry coins, and they often get lost or stolen. After that, she told us to imagine what the perfect wallet would look like if there were no limitations to what is possible (what a great activity).

As a class, we came up with some pretty creative ideas and designs, imagining the use of different materials and ways of attaching a physical wallet to your clothing. Funny enough, just a few years later, Defi and crypto became mainstream. And not a single person in my class, including me, had the audacity to imagine a digital wallet that we wouldn’t even have to physically carry at all. That class will always be memorable because it reminds me of how quickly the world changes and how most people unconsciously place limitations on ideas. It’s also a testament to how important yet neglected creativity is to contribute to growth and innovation in society.

That particular lesson was one of the few that was intended to train our subjective creativity with no guardrails whereas your typical activity follows a strict structure. Usually, the teacher gives you instructions and a rubric that you must follow. And your grade reflects your ability to follow those rules. Ask any successful entrepreneur what’s the key to building a great business and they will tell you that you need to start something new. It must be something 10x better than the current alternative. It’s impossible to do that by thinking and doing exactly what others are doing and what others are telling you to do—which is paradoxically how school works and how to be successful in school.

I never internally cared about what grade I got in school. I loved to learn but that was sedated by the confines of the school format of education. I remember spending many hours in french class surfing random Wikipedia articles and drawing up app designs for business ideas I had.

I spent a lot of time in other classes daydreaming about the world and things I could do to improve it. I used to search for things I couldn’t afford and calculate an imaginary budget for them. I looked at yachts for sale online and scrupulously calculated what the yearly costs would be if I traveled x times per year and chartered it to cover some of the costs. School was a place where I was often bored, which made it the perfect setting to foster my creativity.

Because of my disinterest in school, I was never a good student which led me to believe I wasn’t smart or capable of much. As I grew older, I discovered there was so much more to intellect than a standardized test. In fact, there are many different types of smart. As most entrepreneurs can relate, I had a different learning style and a different vision for what I wanted to do.

I’m a very curious person. I get interested in many different things and want to understand how they all work. I’m an avid learner who’s always absorbing information and putting pieces together to feed my boundless curiosity. And that doesn’t make me special. There are many people like me, entrepreneur or not, who just learn better in different ways. While some learn better with structure, accountability, and textbooks, entrepreneurs are generally more hands-on and learn-as-they-go.

Another incompatibility between entrepreneurs and school stems from our nature of wanting to build things meaningful. In school, I could never shake off the feeling that I was wasting my time doing assignments just for a teacher to grade them. My work had no relevance outside of being graded and had no value to anyone; it always ended up forgotten and in the trash. It just felt pointless. Working, on the other hand, felt like purposeful work. My efforts were actually contributing to something, providing value for people, and producing results. In an interview, Coinbase founder, Brian Armstrong, said that at school he felt the exact same disparity between school and purpose or value.

When I was younger, I felt like an outsider for having such a disinterest in school. But I later noticed that actually a lot of entrepreneurs share the same or similar experiences and opinions—regardless of the education level they completed.

There are a few common reasons why entrepreneurs often don’t like school:

Firstly, you don’t succeed as an entrepreneur by doing the same thing everyone else is doing. You need to think outside the box and be able to learn things on the fly without instruction. School is a place of standardized tests and learning the exact same things at the same pace, despite each student having different strengths and weaknesses.

American developmental psychologist Howard Gardner developed the theory of multiple intelligences which posits the existence of nine different and independent domains of intelligence: mathematical, linguistic, spatial, musical, bodily-kinesthetic, meta-cognitive, and existential intelligence. He explains that people who fail in some of them may excel in others. According to Gardner, tests and schools traditionally emphasize only linguistic and logical abilities while neglecting other forms of intelligence.

Secondly, we don’t really enjoy hypothetical information. Most curriculums make students think about real-world scenarios instead of actually doing them. Entrepreneurs value experiences over speculation. We want to get out there and learn through action. Some young entrepreneurs also understand that a degree or certificate is only good for getting hired. We aren’t even looking to be hired; we’re looking to hire.

We’re big risk-takers, so we’re always considering probabilities. Going to school doesn’t guarantee future success, so some entrepreneurs might choose to learn in unconventional ways such as through books, podcasts, and online courses. These are more accessible than ever, and a thousand times cheaper.

Investor Naval Ravikant has previously said that if you’re good with computers, basic math, writing, speaking, and reading, then you’re “set for life”. Naval believes that there is no actual skill called business—it’s too broad. He said business schools teach “anecdotes” which they call case studies. The schools try to help you pattern-match by throwing lots of data points but he says “the reality is that you will never understand them fully until you’re actually in that position yourself.” You learn all the subtleties and go through many iterations which speed up the learning curve, which is why Naval believes learning by doing will always be the most effective approach.

Lastly, entrepreneurs are constantly reminded that success isn’t always measured by the amount of money their business generates. The same concept can be applied to grades. Too many students fixate on earning an A rather than storing the information long-term, networking with their peers, or building experiences that can be added to their resumes. Entrepreneurs who don’t thrive in school are often focused on achieving success in other ways.

Also, most people would rather try and associate themselves with high-value things than build value on their own. It’s much easier to do. Not that it’s necessarily a bad thing, but the majority who choose the traditional higher education path value the resulting credentials more than anything else the institution has to offer. That is why they pay tens of thousands of dollars for college, even when the same knowledge could be acquired for much cheaper or even for free.

There’s nothing wrong with pursuing a traditional education, and I hope I didn’t come off as an anti-school hater. However, in today’s world where access to alternative education and learning opportunities are abundant, no one should feel confined to just one way of learning.

For some professions, the best or only way to learn and get hired in that field is through school. But for business students and entrepreneurs especially, ask yourself what you really want out of education. Business is a skill that is better taught in the real world than in any school or textbook. If you love reading and are genuinely interested in learning about all things business, you’re better off as an autodidact.

If you’re an entrepreneur who feels alienated because of your lack of interest in school, I wrote this for you. I wish I had someone tell me earlier.

I could provide hours of footage and pages of quotes from successful entrepreneurs sharing their similar feelings about school. Below are a few of my favorites where they explain their indifference to school in their own words.

If you liked this article, this memoir by Paul Graham delves into this topic in more detail and how school is affecting entrepreneurs and society as a whole.

A Harvard Researcher found rolling a pair of dice was as predictive of your future income as your college GPA is; the average college GPA of an American millionaire is 2.9 out of 4.0.