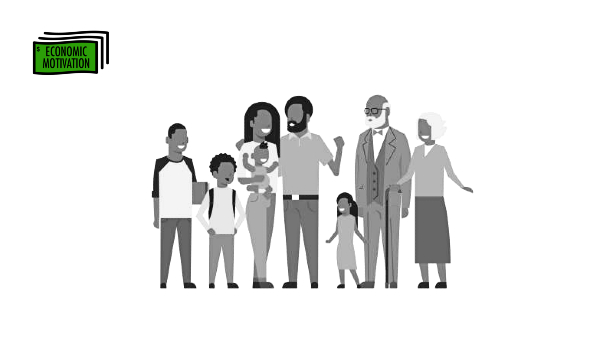 My ultimate life goal is to solve all financial hardships within my family forever using a family bank and then use our proceeds to extend this generosity to the public. One of the biggest obstacles with the longevity aspect of this goal is overcoming the generational wealth curse; about 70% of wealthy families lose their wealth by the second generation and 90% lose it by the third.

To solve this problem, I need to create a system that can withstand the test of time. This system should endure volatile markets and, most importantly, instill canny spending habits for generations to come. This bank should survive well beyond my own life. To remain effective over time, the banks’ systems must be adaptable to adjust to our ever-changing world, but without digressing from the ultimate goal.

Most family fortunes are gone by the third generation. It takes one generation to make it, one to grow it and one to spend it. Generational wealth is essentially passing down stable, significant financial resources to future generations—the most important being money and knowledge. But can wealth even be taught? If knowledge was the answer to wealth, then most professors and financial planners would be very wealthy. Rather, a person becomes wealthy when they have a composite of intangible characteristics such as hard work, confidence, discipline, and sacrifice to name a few. These can’t be passed down per se but may be nurtured. These characteristics are ingrained into a person after years of practice and observation[1].

There are four common stages in the generational wealth cycle that applies to most families:

1. Hard times create strong men. Generation 1 endures hard times which turns him into a strong man. The hardships and the struggle forced him to learn and adapt which gave him unique qualities of stoicism, persistence, and hard work. He has a son, named Generation 2, who is born before the strong man has made it.

3. Good times create weak men. Generation 3 is born and grows up in the good times. Generation 3 is a weak man and after the death of his father, Generation 2, he fails in keeping the family wealth and brings about hard times.

4. Weak men create hard times. Most fortunes have already been lost by Generation 3, caused by the easy lifestyle. This creates hard times for the next generation until those difficulties create strong men. The cycle continues.

To avoid this cycle, Generation 1 who establishes the wealth must moderate or even stint the good times to retain the strong men in his/her family. In a readied heir, what’s more important than money are the character traits the person has and the resulting priceless reputation and connections that come from being a holistic, likable person. However, valuable character traits are more difficult to attain than knowledge—some might say you either have it or you don’t. Possessing at least some of these traits is absolutely required to support this long-term vision, but it may come with some backlash.

It’s impossible to break the generational wealth cycle without looking selfish in the eyes of some people. But in the long term, it’s the only way to preserve longevity. My family bank must have spending laws that deter spending family money on personal consumption. Contrarily, it should encourage spending for building, creating, and philanthropy. The system becomes counterintuitive when life becomes easy. Generational wealth should eliminate suffering but not difficulty[2].

There are two ways a person or family loses their fortune. The first is through poor investments, and the second is by overspending on luxuries (liabilities). As the banks’ capital increases, it’s important to diversify and shift the investment strategy towards a more conservative arrangement to minimize risk and avoid any catastrophic losses from crappy investments. The other thing to watch out for is commonly known as lifestyle creep. This is when your standard of living increases as your discretionary income rises and former luxuries become new necessities[3]. This can be very dangerous because markets are always changing, and so is the economy. One year you can be making money easily, and lose money in the next simply because of the markets. But there will never be a shortage of stuff to consume. It’s instinctual to increase spending habits as income increases, but it’s extremely difficult and even painful to decrease spending when income decreases. Also, luxuries are dangerous because they have an inherent element of status where the consumer always wants more; they will always want the biggest, the fastest, and the best in the world. And as consumers’ spending increases, merchants will happily create something bigger, better, and more expensive to supplement their new spending power. There will always be a more extravagant thing to up your status. The worst part is, most of those luxuries are completely unnecessary and have no utility.

The purpose of the family bank is to first and foremost ensure that every family member can live comfortably and afford all necessities debt-free. Secondarily, to fund any experiences that enrich one’s life; this includes travel and education[4]. Tertiarily, to support entrepreneurial and philanthropic endeavors. To maintain perpetuity, the bank should receive interest on all loans (but not grants). Higher interest will be levied for any personal consumption or spending that does not directly or indirectly benefit the family or society. This way the bank may perform its goal of supporting the family and strengthening society while maintaining longevity in perpetuity.

The antidote to generational wealth decay is for each generation to live modestly and instill the right character traits, morals, and values in the heirs while consistently making sound investments. As you can imagine, this is much easier said than done; especially because this system should endure well after you and I are gone. Establishing a timeless system that fulfills these things will secure your family’s generational wealth for good.

[1] Hard-working adults usually stem from hard-working households. These traits are ingrained into kids over time and become a part of who they are forever. A person becomes wealthy when these characteristics are compounded over time, resulting in wisdom. A wise, knowledgable, intellectual, and characteristically sound person who has a good reputation and is well connected will inevitably become wealthy. The degree of wealth a person accumulates is determined by a bit of luck.

[2] This is where the resentment stems from. At face value, it seems selfish and ruthless to hold surplus money and prohibit your loved ones from enjoying the pleasures and luxuries of the world. But it is tough love. It would be akin to feeding your child all the candy and greasy food he asks for—feeding his unhealthy cravings. You’re actually doing more damage to them in the long run. The bank exists to remove suffering and enhance giving. Everyone should still earn for themself, contribute, and learn the invaluable lessons that come from failure and difficulties.

[3] Hedonic adaptation is a phenomenon where humans tend to quickly return to a stable level of happiness after something good or bad happens. When you up your lifestyle, that becomes your new baseline of happiness and anything below that is unsatisfactory. Not everyone in the family will be a responsible member; some will be compulsive spenders or negligent. The difficult part will be handling these family members and setting a hard limit for infringement tolerance.

[4] Education is not constrained to traditional schooling. Education can come in many different forms such as experiences.