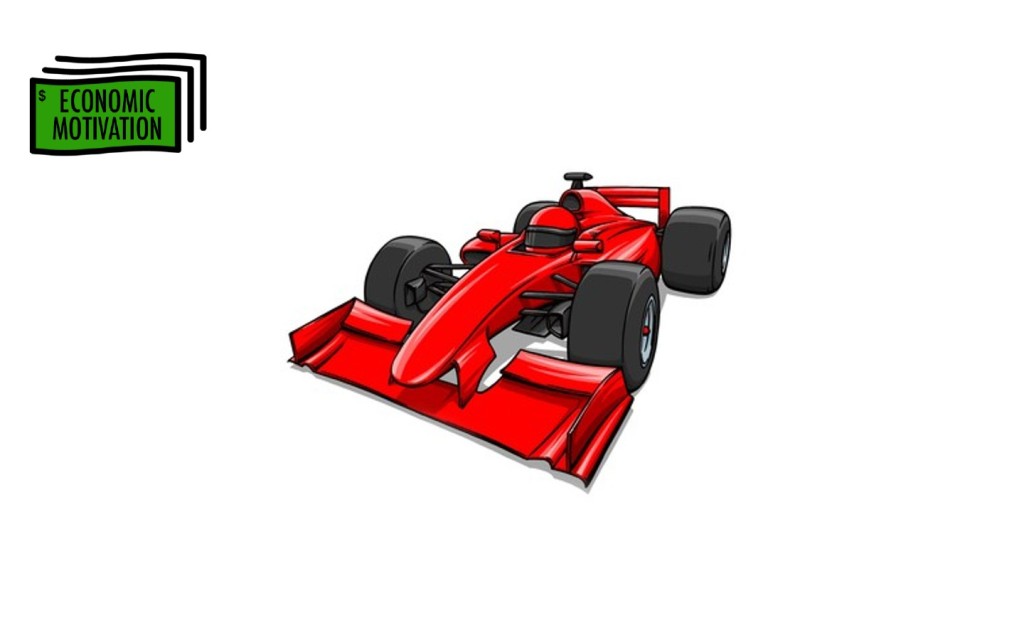 I’m one of the millions of new F1 fans who formed an affinity for racing after watching the Netflix series: Drive to Survive. The docu-series gives viewers a behind-the-scenes look at the interworkings of a Formula 1 Grand Prix and all that goes into making a spectacle of that magnitude. You get up close and personal with the twenty drivers on the grid to get a sense of the different personalities and character quirks that results from a diverse roster. As you will notice while watching the series, a lot of drama happens before, during, and after a race, which always leaves you excited for the next episode.

So this is how my love for racing began, but it’s certainly not why I love racing. Drive to Survive was the hook that grabbed my attention long enough for me to give the sport a chance. But what led me to keep coming back was more than just a show. More than even Formula 1. There is something special about driving an engineer’s work of art around a track as quickly as you can. This is my attempt to explain what makes racing so great…

People say that there are a lot of safer hobbies one could enjoy instead of diving 200mph in a metal coffin on wheels. I’m a fan of statistics so I understand the risks of racing; however, I believe that if you truly love something, not as a fad but as a genuine devotion, then it is worth spending your time on that. It is a life worth living doing things that you enjoy and that leaves you fulfilled and challenged. Even if that may shorten your time on this Earth, you would live a happier, more fulfilling life than someone who lives longer but who never truly feels alive.

Nonetheless, discussion of the dangers of racing shouldn’t be dismissed. While you can’t guarantee your safety on the racetrack, there are ways of mitigating your risk. The two main things that make racing dangerous aside from anomalous incidents are 1. The lack of knowledge and skills of the driver 2.The lack of knowledge and skills of drivers around you. As a racer, you need to be aware of the dangers that come with the sport. Beware, the moment that turns into fear, your driving ability diminishes, and you not only increase your own endangerment but also those around you on the racetrack.

Overall, racing isn’t as hazardous as people may think. I would go so far as to say I feel safer on a racetrack than I do driving on public roads. This is because, in racing, the safety measures are so stringent—from the technology to the rules—that you’re much more likely to survive a big crash in a race than on a public road. Also, drivers on public roads are surprisingly inexperienced and unskilled, and they’re full of distractions and emotions which often leads them to drive recklessly. On the flip side, racers on a track are more skilled and usually drive hyper-focused. In the highest form of racing, Formula 1, there has only been one death since 2002 thanks to the constant emphasis on racing safety. The risk of injury or death will never be zero in racing, but it has been decreasing over the years and it will continue to do so despite racecars getting faster.

Anyways, back to the topic of discussion: Why do I love racing so much? I’ve asked myself this question a couple of times after noticing how many hours I spend on sim racing. I’m the type of person that is mindful of how I spend my time, so why does racing feel like a good use of time? Why isn’t it repetitive and mundane? I drive lap after lap after lap for hours on end on the same track, with the same car. I assume that by trying to explain my love for racing in words, I could perhaps better understand what about it that I love, and if there are certain aspects that translate into other hobbies I also enjoy.

I’ll start with the poetic nature of racing. Racing is truly an art form. To outsiders, it may seem monotonous and pointless, but to those that have racing in their veins, understand it. Driving a purpose-built racing machine on a track has been described as playing chess strapped to a paint shaker, in a sauna. Depending on your experience, the sensation changes to one of transcendence where the human and the machine are both operating in harmony. The machine disappears from your consciousness, and your hands and feet become the tires, allowing you to feel every texture and contour of the road beneath.

In normal English, I’m simply saying that racing is a lot more intricate than what is seen on the surface. It’s an extremely challenging sport that requires a lot of skill and composure. A good driver has to have laser focus. His mind is clear; it must be clear. He needs to focus on the apex, the throttle/braking input, how the car is reacting, the current condition and temperature of the parts. He needs to know what sections of the track have more grip, what areas are slippery, and where the elevation changes. The driver is constantly calculating, feeling, and adjusting his inputs to move the car as fast as possible without losing control. And he isn’t going at it alone.

Racing is very much a team sport. The driver directly controls the beast of a machine, but he has a team of engineers that monitor and adjust how it handles. Driving is about using all your performance capacity while the setup is about giving yourself the most performance potential. These adjustments get tricky because they all have tradeoffs. If the car slides too much around the corners, engineers can add downforce to add grip while turning. But this comes at the expense of lower speeds on the straight sections of the track. A combination of math, experience, and intuition is used to determine the right configuration, taking into account its tradeoffs to achieve the net optimal lap time for the specific conditions of each track.

When you’re in the driver’s seat, you’re locked in. You need to feel the car’s every movement. The best drivers find a way to become one with the car. When you’re driving as fast as you possibly can around a track, you’re always one small mistake away from losing control of the car and losing time on your lap or crashing and suffering larger consequences. You need to be going fast enough that the car is slightly slipping and feels almost unstable, but not too fast to where the car spins out of control. This medium is an extremely fine line. To do it perfectly is akin to balancing a toothpick on a single thread in the wind. You may be able to do it for a second or two, but it’s impossible to maintain such a meticulous balance for a given time. That’s why you often see race drivers constantly correcting their oversteer. Sometimes the only way to know you’ve found the medium is by going over it and then pulling back. If you never go over, you wouldn’t know if you’ve left space to push harder.

There are an infinite number of different ways you could complete a lap on the same track using the same car and same setup in the same exact conditions. You could hold your brake for a tenth of a second longer at turn one, coast two tenths longer at turn five, and turn later into the hairpin that will drastically affect your lap time. Driving hot laps is already a very difficult task. When you’re racing with people, that adds an entire additional dimension of complexity. Doing all that’s required to drive as fast as you can while alongside other drivers who are also constantly on the edge of grip is a paranormal task. They care nothing more than to finish the race in front of you and you care nothing more than to finish in front of them. The number of possible outcomes in a single turn is infinite, let alone over the course of an entire race.

Racing is like a game of chess but on steroids. It’s this constant pursuit of perfection in the perfect lap, despite knowing that it’s impossible to attain. The journey of that pursuit is both challenging and rewarding. Over time you feel yourself becoming increasingly symbiotic with the car which increases your feel and trust in the grip.

So, why do I love racing? I’m pretty sure my explanation describes the state of bliss. Many understand exactly what I’m talking about; not only in regards to racing but with whatever makes them feel this way. Whatever gives you that feeling, I think it’s safe to say that you should keep doing it.

Thanks to Denzel and Drive to Survive for forcing F1 and racing onto me.